If you are thinking of replacing existing fencing or installing new fencing, then you might be surprised to learn of all the different kinds of wooden fencing that are available; sometimes it can feel a little overwhelming. However really there are two things to consider; these are what you want your fence for, and how you want it to look. At Weald Fencing we think of this in terms of Function and Form.

When the form and function fit together, there generally isn’t a problem; however sometimes there are conflicting considerations. For instance if the primary purpose of your fence is to provide security you might choose a chain link fence which is one of the most secure, but not one that is renowned for its good looks. Here we will consider just the kind of wooden fences that we install over Kent and Sussex. 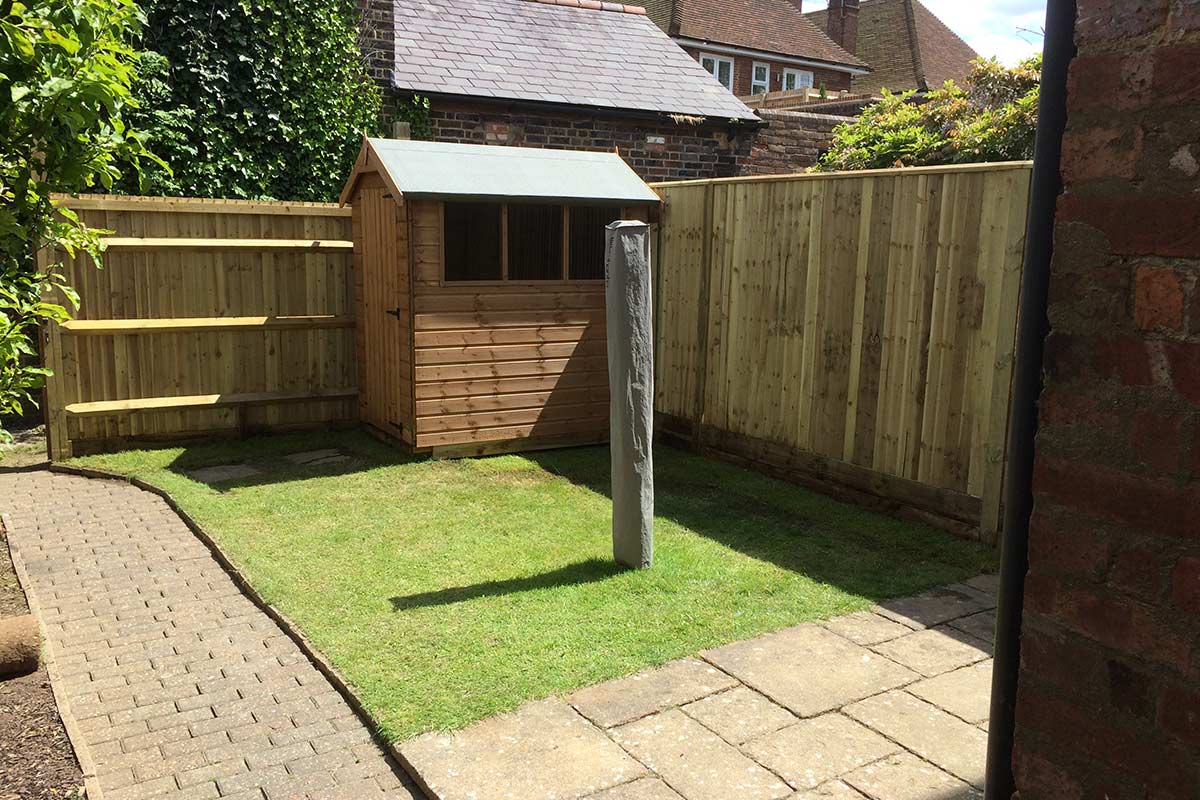 Close board and arris rail fencing

Close Board fencing is made from specially treated partially overlapping vertical feather edge boards and horizontal supporting rails, which are called arris rails. If you haven’t come across the name “arris rail” before, is simply means a wooden rail that has the cross sectional geometry of a right angle isosceles triangle with the other two angles being 45 degrees. They are made by taking a square section timber and cutting it diagonally along its length.

In this kind of fencing the wiser edge of the wood is used to support the fencing boards and the resulting triangle at the other side of the rail ensures that rain water runs off and doesn’t pool on the top which could encourage rot. If you are wondering where the term ‘arris’ comes from, it derives from the French word ‘areste’ which means sharp edge.

This kind of fencing is very strong and provides a high degree of privacy. It is also more secure than some other forms of fencing as the triangular arris rail makes climbing it difficult.

Panel fencing uses posts and pre-fabricated fencing panels. Fencing panels are available in a wide range of styles and are much easier to install than close board and arris rail fencing. As the panels are simply screwed or nailed to the posts, replacing a damaged panel is a very simple matter.

Panel fencing is very versatile and requires relatively little maintenance which consists of giving it a coat of wood preservative every couple of years or so.

Post & Rail fencing is an economic solution for large boundaries and for agricultural fencing. As it says on the tin, the fencing consists of posts which are set in the ground and which support a number of rails, generally two or three rails though there can be more.

It is more about marking boundaries and keeping animals wither out or in rather than providing any kind of security barrier.

Acoustic fencing is used to keep out noise, for instance of busy streets, traffic and noisy neighbours. Acoustic fences are reasonably airtight and solid and they are designed to reflect back the sound rather than letting it pass through. Typically a 1.5 meter high acoustic fence will reduce noise by around 5 decibels, and up to 32 decibels of sound reduction is possible; every 10 decibels of sound reduction halves the perceived sound.

These are just some of the types of wooden fencing we supply and install. Weald Fencing offers a bespoke fencing service where we create a tailor made fence to match your exact requirements. Whatever your fencing needs we are just a phone call away.